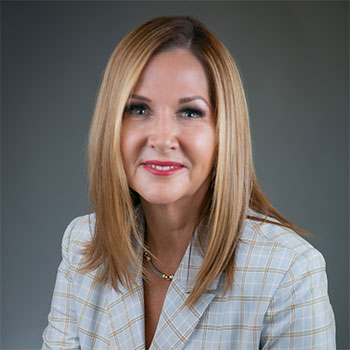 Dana Spencer’s leadership is centered on continuous improvement, coaching with grit and grace, and a deep gratitude for the home building industry. She has been in the real estate and new home building industry for nearly two decades beginning in 2003 with Pulte Homes, Pardee Homes, and Woodside Homes, generating over $70 million in sales in her career as a sales consultant through market fluctuations. In 2011, Dana relocated to the Arizona market moving into sales leadership. She was the 2016 and 2017 Sales Manager of the Year with the Home Builders Association of Central Arizona. In 2018 she was recruited by K. Hovnanian Homes, a national home builder, to serve as the Vice President of Sales with the Arizona Division. Six months later, she was promoted to her current role as the National Vice President of Sales where she leads the corporate sales efforts, initiatives and strategies on a national level. Dana also oversees the implementation of yearly sales training, sales leadership programs, and the company’s national call center responsible for online sales efforts.

Want to learn more about Dana? Check out her guest appearance on the Home Builder Digital Marketing Podcast!

Episode 80: It's Not Just About Selling Homes